How to win at clearing 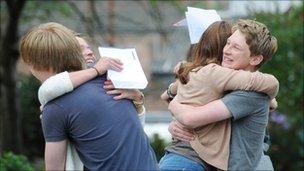 There is a lot of good news about clearing – not least that there are many options available. In fact probably more than you realised. So, despite the decision being difficult, stressful and of course vital, actually the rules are very simple.

You will be surprised this year how many elite universities are open to clearing. The whole system has changed over the past few years and is in a state of flux. You don’t need to know the reasons why (it’s to do with lifting the cap and fees) but you as a potential student have got more choice than perhaps you realise. And loads more than previous generations. My advice would be to use it.

Yes, there are league tables and rankings. And these do matter to potential employers when you graduate. Outside of the big gradute employers, many don’t really care where you went to university. They are bothered about what you can do. And more than anything else, the important thing is that you are a confident, knowledgeable and educated person when you graduate. I personally know several of my friends who went to top universities who loathed their time there and wish they could go back in time and change their decision. You would have thought that (for example) UCL or Cambridge would be great places to study – in fact I was a school with friends who went to those universities and hated it. They both wish they had been able to see how they were never going to fit in. Of course taking nothing away from those institutions as they are obviously incredible places. But for many people, going there was the wrong decision. So don’t just go for the rankings.

I recommend students think of the flavour of a university. By this I mean a combination of the approach to the subject taken by a particular department together with the general feeling on campus. For example, you might think that two departments are similar in their treatment of a subject but one is based in London and that doesn’t appeal. Or perhaps you like a particular campus but the syllabus doesn’t cover some of the things you are really interested in. Perhaps one department has some really great opportunities for studying overseas? Or another has interesting work placement opportunities.

So how do you decide where to go?

This is personal so I can’t exactly say. But as I mentioned earlier, location is important. But really not the only thing at all. And how you decide which location is the best is really hard to assess. For example, Exeter as a town is kind of OK, but students at the university there are phenomenally happy – probably because of the proximity to fantastic beaches. And some of the most satisfied students in the entire country study at Loughborough. And quite rightly so – but you would NEVER choose it as a place to go on holiday for example. My own university has a lovely woodland campus but is right next to a fantastic city with beautiful towns nearby to live in. Oh, and some of the most well known academic departments in the world! And despite the £50M sports centre, the 250 societies and an arts centre, it might not be everyone’s ideal (I have no idea why though!).

The point is, you are not going on holiday. You are going to university to study. And lord knows, with the fees the way they are, you need very very good reasons for your choice. I would say that I have heard students make decisions on the most flimsy of evidence – someone saying hello as they went there on an open day for example. You can get a sense of the culture of the place by visiting and perhaps on clearing day, you don’t have that luxury. So here are some  morethings to think about:

Actually this is probably where this blog should begin and end. If you go to university to study a subject you are not interested in – and therefore possibly good at – you might as well not bother. HOWEVER, studying at university is not at all like studying for A levels or BTEC. This means it is sometimes difficult to tell what you are going to like or not. Having said that, I do remember being turned down for my preferred course (psychology) but being offered a place to study physics at a Russell Group university. I knew full well I would fail within weeks if I’d accepted that place. However, do remember that university study might be different to your experience of study before hand. I can’t really help you through this conundrum as it does require real, proper soul searching. On the one hand, you may prove everyone wrong but on the other, actually you have to remember the cardinal rule: study something you are fascinated by.

Let me start by revealing a truth that you won’t find on any university website. Studying for a degree is hard. No, really. It is hard. I have been around the block and whilst my army Basic Training was hard, if anything doing a degree was harder. OK, the lecturers didn’t keep me up all night, dig trenches in the snow or make me do runs with telegraph poles on my shoulder, but they did the intellectual equivalent of far more. I was fortunate to have a degree with a wide ranging first year and then many options for specialisation later. Many degrees these days do not have that flexibility. So you need to be as sure as you can be that the subjects you are going to study are ones you think look really interesting. I have seen too many students who are studying something they really aren’t all that interested in. And these are not the students who are (a) happy or (b) doing well in their exams.

Sometimes I have seen students who are having an awful time at university. The ones who leave are the ones who didn’t really have worked out in their own mind why they were there in the first place. Mostly the ones who knew what they wanted to achieve were able to remind themselves of that and work at how to pull themselves out of failing assessments and do well. One of my proudest days as an academic was a student who was borderline failing in her first year but her obvious commitment and some support meant she graduated with a first. And these are not given lightly. She could so easily have bailed out at the end of the first year but she was determined and had such a passion for her subject that it worked out even better than we could have imagined. I’m still in touch with her on Facebook and she with her fellow students. And that’s how it usually ends if you take some time with this decision. A truly life changing, transformational experience that you remember for ever.

Good luck – you’re going to have an incredible time!