The psychology of courage. 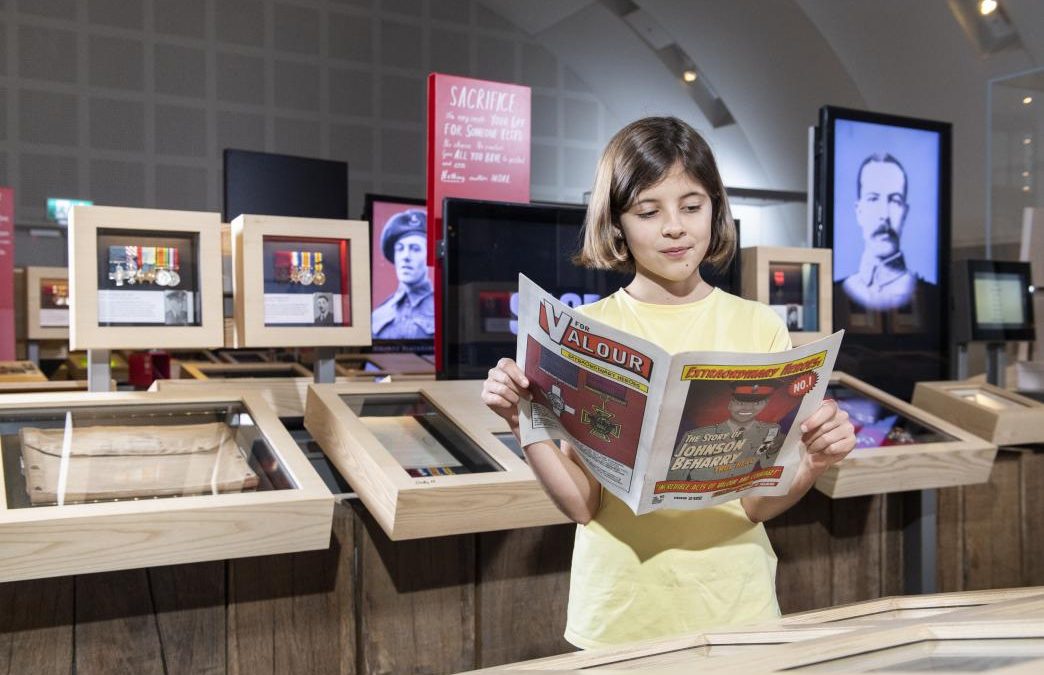 I was delighted to be part of the team that created a wonderful new gallery at the Imperial War Museum in London dedicated to telling the stories extreme courage of those awarded to the Victoria Cross and the George Cross (the highest gallantry awards in the UK). My role was to try to make these stories of super-human courage seem relevant to us ordinary folk who (thankfully) have never had to overcome apparently overwhelming odds. The first thing I looked for was some indication that there is a personality factor involved. It didn’t take long to conclude that this wasn’t a fruitful line to take – despite it seeming obvious that ones character plays a crucial role in being courageous. The citations and back-stories for these awards had no clear pattern and this was reinforced when I had the incredible honour to meet and interview some of the awardees.

Over the years I have been asked by several TV companies to do research into what personality type was courage linked to. I always turn them down because it was perfectly clear this work that there is no such thing as a courageous personality. And there is no battery of tests that will predict how people will respond to danger or challenge.

But there are things that these remarkable people have in common. When I ask about the events surrounding their act of courage they all say the same thing:

“someone had to do it, and it just happened to be me”

Most then talk about how any of their comrades would have done the same thing so they are often embarrassed to be singled out as heroic.

Hot versus cold
Essentially there are two sorts of courage that former soldier Sir Peter de la Billiere called hot and cold. Hot courage is about actions taken in the moment often with little or no conscious thought. Cold courage relates to actions taken thoughtfully and over an extended period of time. He suggests and many agree that cold courage is less dramatic but perhaps all the more impressive because there are often times when the individual could withdraw and not expose themselves to danger. So an example of hot courage would be Matt Croucher He is a Royal Marine who saved his patrol by jumping onto a grenade. He speaks of how he had tripped a booby trapped grenade so in the 3 seconds before it exploded his only thought was that he had screwed up and unless he did something immediately, all his friends would be killed. Or if he smothered it then maybe some would survive. Miraculously they all survived and he came out relatively unscathed. It was that rare moment when he decided to lay down his life for his friends. And yet he doesn’t regard it as at all courageous. In his mind he had made a mistake and therefore it was down to him to correct it if he could. He was the only person who could do anything about it. So that’s what he did. He knew his actions meant almost certain death and he is a sane, thoughtful individual. And yet he took this incredible courageous action. In doing so he was being driven by a deep sense of identity as a Royal Marine and it is his firm view that anyone else in his patrol would have done the same thing.(There is more about his story here) .

Of course we are more likely to intercede in a situation if we think we have skills that might help. But in many cases I have seen this becomes massively stronger when our sense of identity is clearly linked to being able to intervene – “this is my job and I am good at it”. And then reinforced even more if we have a general sense that in any given situation we are likely to succeed. Psychologists call this a perceived sense of self efficacy. The perceived part is to underline that we might not really be likely to succeed, but we can develop a personality trait that is related to optimism. Maybe this sometimes goes too far and someone might think they can succeed where they clearly can’t. But in general, we do admire people who demonstrate courage. We perhps ask ourselves if we would be able to do the things they have done – and surely in cases like that of Matt Croucher it is impossible for us to really know. So we read their stories, watch the dramatisation of their lives and shake our heads. These people are not like the rest of us. And yet when you meet them, you get the distinct impression that they are completely convinced they are no different to anyone else.

What do I think after meeting so may courageous people? I’m still not completely sure. But I have a series more blogs that will explore the different facets of courage and perhaps get closer to some sort of understanding.

And in the mean time, here’s a BBC Radio 4 programme I appeared on discussing the psychology of courage called All in the mind.