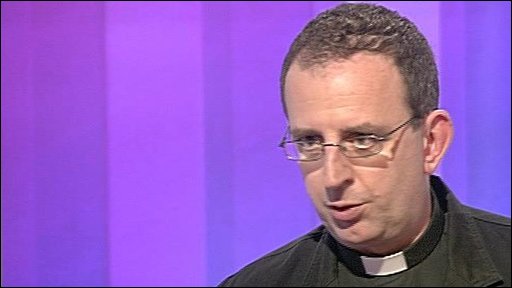 Despite only a recent conversion to the medium, I am an avid tweeter. I still don’t quite know why I am interested in it and to be honest it is really hard to justify the time I spend on it in a rational way. I guess I came to realise that there was a world that I knew nothing about so I wanted to get involved. I have been astonished at the directness of contact it is possible to get with really well known people. And also at the diversity of people following me. This is also the reason why I have now started Blogging.

I am an early adopter – yes it’s me in the queue at the Apple store when the new gadget comes out. But also an early adopter of new ideas about communication. For example, I first went on the internet in 1995 – believe it or not, there was almost nothing there to look at! I took up Facebook to see what the students were writing about me and I still use it as a barometer of what’s going on with students and graduates as well as keeping up with friends. My tweets are as likely to be about football or something my kids said as they are about business research or universities. My LinkedIn site is fully populated and links to my twitter account. Immediately you can see an overlap between work and play in my media usage which probably reflects my approach to life – why else would I be writing this at 8-30pm from the corner of a pub?

But first a word of warning. I was discussing the use of social media with one of our marketing gurus at Aston. Without prompting he voiced my concerns perfectly when he said that he didn’t believe that anyone has ever sold anything because the business tweeted about it. Now they may have sold things because customers tweeted about it. But so many businesses appear to think that they have to have a Facebook page, a twitter feed just because… well because everyone else has. Now if you can find ways of getting your customers to tweet positive things about your products then this is a totally different matter! But this is something of a holy grail in online marketing and only frankly suited to some products.

So, I wonder whether a different approach to using social media for business is needed. Especially when communicating with customers. There are only so many brands I would be interested in updates about (for example Apple, Adnams, Radio 4, Saab) but many non-brands (I follow and avidly read Richard Coles, Giles Fraser, Brian Moore, Danny Baker). I gain hugely from them as I find them funny, delightful, irritating sometimes. But sufficiently exciting to frequently relate their tweets to non-twittering friends. I also follow our competitors but only to groan at how uninteresting their content is. And to question why they bother.

I see it done really well in places where there is a genuine interest. Look at the twitter feed from Harvard Business Review. It gives you a summary and a link so you can decide whether to click through or not. And the articles you see when you click through are punchy and relevant. Perhaps too lightweight – but certainly digestible. But HBR is also guilty of a cardinal sin – they send out too much stuff. Perhaps they have so much to say that they just cant help themselves but I am finding I skip over their tweets and as a matter of fact I have now “unfollowed” just due to the volume. Contrast this with a non-business example: Jeanette Winterson (@wintersonworld). She sends messages less than weekly. But when she does, they are completely fabulous and it is exciting to see them come in. So frequency is an issue. How Richard Coles manages to be a priest, radio presenter and tweet several times an hour I really don’t know. I am in awe and you can be too @RevRichardColes! Giles Fraser (@giles_fraser) is the guy who resigned from a very very comfortable post at St Pauls Cathedral in the wake of the occupy camp there. He tweets on his irritations with the Church of England, moral dilemmas and sometimes football. despite his inexplicable support for Chelsea FC, I follow him to know a real moral viewpoint every day. I actually got into a twitter exchange when I tried to take on Brian Moore (@brianmoore666 )

. Note to self – trying to out argue a trained lawyer, former England front row general and possessor of the nickname “Pitbull” was not my most sensible decision ever! Finally, Danny Baker (@prodnose – I have no idea where this comes from!) is wonderfully forthright, witty and fearless.

Twitter can be a way of showing you have written a new Blog. An old army friend of mine does this well in his role as a member of the London Assembly. He writes well, at irregular intervals but he only writes when he has something to say. This, perhaps paired with his boyish good looks, means he has a 5,000 plus following – not bad for a local politician (albeit a senior one). But I just know that those followers really read what he has to say and I can see how his social media connection with people is growing and I think he is a man to watch on these grounds alone. I don’t expect everyone to agree with his politics, but you get a real sense of his personality and why he believes what he does. But a great example of how to connect – have a look – @JamesCleverly.

As for corporate use of this medium: many universities have twitter feeds of such stultifying boringness, you wonder what is in the head of the author when they press send. My professionalism prevents me from saying which is worst – but there is stiff competition for the award for “rubbish, dull, unexciting social media from a UK University”. My advice is to make sure it isn’t too frequent, but enough so followers remember you are there (surely the whole point of the exercise). The content needs to be interesting and enough information that you can tell whether a link will be of interest. But most of all, you should think very carefully about who your audience is and tailor your message – and the style of its delivery – accordingly.

I’ve got much much more to say on this – so if anyone is interested I will do another blog one day.

And please, let me know what topics you’d like me to include in future. I have a feeling I might have a stab at virtual working next. Or meetings. Or why I follow Aston Villa.