Why I wear a poppy

And so as November comes around, the well-worn arguments about poppies arise from certain quarters so I thought I would put out there why I wear one. I don’t know why other people wear them, why other people wear white poppies and others will never wear them. They are all perfectly welcome to come to their own decision on the matter and I will not criticise them here or anywhere else.

Every year as I wear my poppy, I remember in particular the first world war in which three of my relatives participated. They were all volunteers – one might debate whether they were misguided, but for what ever reason, they felt they had to go. 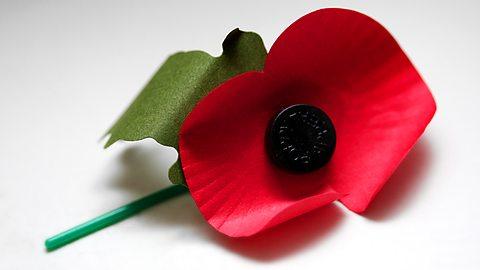 My Grandfather was a career soldier so one imagines he approached this war in the same way he had all the others he had been involved in. I never met him but I did know he survived the war and eventually joined the Police when he left the army. I have his medals and they show he soldiered in many battles from the Punjab to South Africa. It is incredibly uncomfortable for me to see that the majority of these medals were won in the creation or defence of Empire. But that was what the country wanted its soldiers to do in those days.

I also had two Great Uncles who joined the army as Privates in that war. One managed to rise to the rank of Serjeant (yes, for some reason they spelled it with a ‘j’ in the Medical Corps). The other joined the Seaforth Highlanders. Both were killed in action within a few weeks of each other in 1915 – one on the Western Front in the aftermath of Neuve Chapell, the other at Gallipoli. My Great Uncles barely made it into their twenties – who knows what lives they could have had?

It is absurd to infer what my poppy shows that I thought any particular war was just. And it has nothing to do with nationalism or even patriotism. If anything, the opposite. I wear mine to remember how my grandmother lost her two elder brothers which devastated her. And how by all accounts my grandfather never really got over his experiences in the trenches. And how he was eventually killed in an air raid when my father was 13 years old. I wear it in remembrance of the thousands of people from city in which I live (Coventry) died in horrific circumstances during the fire storms. But also of their counterparts in Dresden and Hamburg not to mention Moscow, Warsaw and practically every city in Europe. I wear it to remember people I served with who were injured physically or mentally by their service. I wear it because veterans have never been treated well enough by government so the Royal British Legion and other charities are there to fill the gap.

But to me the real tragedy is that this is actually a very ordinary story because almost everyone in Britain, France, Belgium, Germany, Turkey etc etc has a similar one to tell. I wear the poppy to remember them, their families and their friends. I hope that by making politicians take notice of the casualties of war every year. they might be more reluctant to send our young people to fight again.